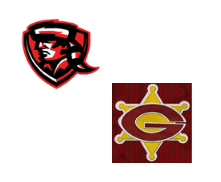 Graham (4-1) hosts Lebanon (0-5) as the Pioneers make the trip to Bluefield for a Southwest District match-up. The G-Men lead the series 2-0 with Friday night’s 7:00 pm kickoff being only the third game in their short history.

Players to watch for Graham include:  Senior QB #10 Cameron Allen has committed to Purdue University. The dual threat QB has accounted for over 1,500 yds of total offense and 16 touchdowns so far this season. Senior RB #3 Jaziere Reed has rushed for 423 yds and six touchdowns.  Junior WR #4 Devin Lester has picked up 439 yards and four touchdowns.  Freshman LT/DT #78 Brody Meadows does a good job in the trenches and has received an offer from the University of Virginia. Junior LB #54 Nick Kastner leads the defense with 63 tackles.

Players to watch for Lebanon include: Junior QB #9 Casey White is closing in on 500 passing yards during his first year as a starter and continues to develop. Senior WR/CB #6 Cole Stoots has nearly 300 receiving yards on the season and is a threat in the redzone. Senior RB #5 Seth Stanley has rushed for nearly 600 yards and is a regular visitor to the end-zone. Leading tacklers for the Pioneer defense are LB #5 Seth Stanley, LB #11 Alden Ward, and DE/LB #54 Dustin Baumgardner.

Graham will certainly lean heavily on the arm of Allen while mixing in the run to keep the Lebanon defense honest. “They have several athletes that will be challenging to contain. Cam Allen their QB is a Division 1 recruit,” said Lebanon head coach Michael Webb.

The Pioneers need to control the clock and tempo of the game to give themselves an opportunity to win. On the other side, the G-Men will push the ball down the field and try to create big plays with their athletes in space. Keys to the game according to Coach Webb are  “Keep the chains moving. We need long drives to eat up the clock.” Expect to see Lebanon spread the ball around and give several younger players an increased role. 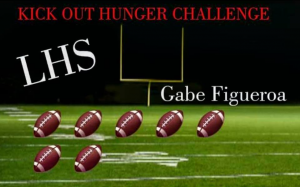 Senior K Gabe Figueroa’s  Kick Out Hunger is at 7 and counting! There are over 50 supporters pledged so far and plenty of room for more. For every extra point, field goal, or punt greater than 50 yards, the food banks are getting a donation.