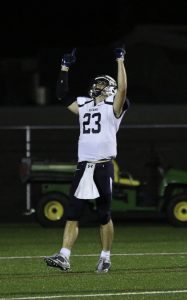 Taylor Horn is the latest in a long line of greats to line up at wide receiver for Richlands. That fact was proven after a standout performance against the William Byrd Terriers in week five.

To fully understand the gravitas of the occasion, you have to go back three weeks earlier.

With just a handful of seconds left on the clock in the first half against Union, Horn went up to break up a Bailey Turner pass. As he hit the ground, you could immediately tell something wasn’t okay.

A trip to the hospital confirmed a dislocated elbow. An injury that takes on a new life to a player who relies on his arms to catch passes.

Horn emerged from the locker room with his pads on for the first time since the incident. The senior receiver appeared with a new large elbow brace similar to the one you can see Rob Gronkowski sport for the New England Patriots on Sunday’s.

Horn proceeded to make the most of his return to the field, hauling in seven catches for 184 yards and three touchdowns.

Horn, a pastor’s son, knew where to put his thanks after a big night.

“It was a big night on the stat sheet, but I’m just thankful to be back on the field,” Horn said. “All glory to God for such a quick recovery.” 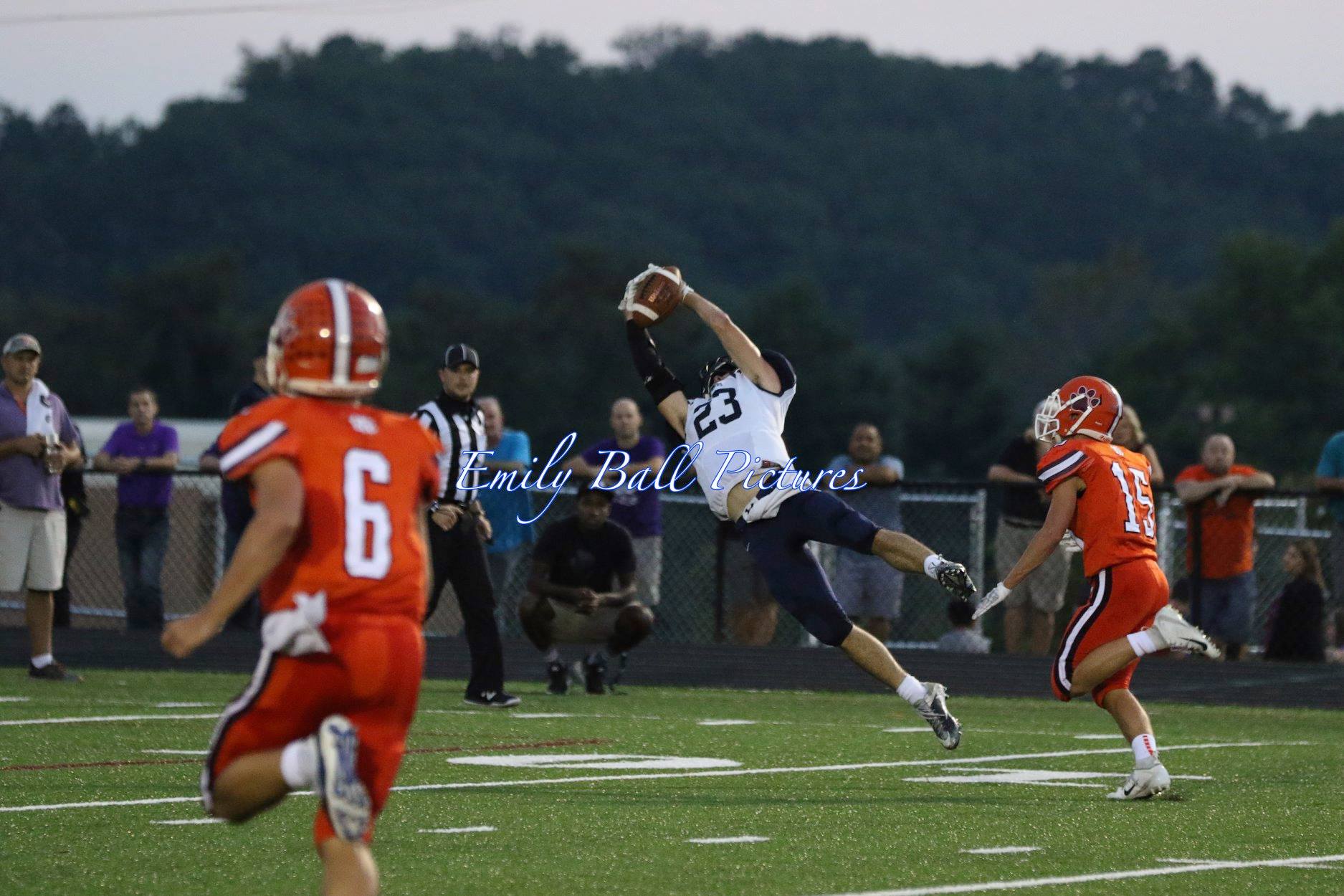 The night could have been even bigger. On two separate occasions, Horn climbed the ladder to attempt acrobatic catches. He caught both in the air, but the ground caused the ball to pop out.

It was a night where his quarterback Race Moir made sure he got the ball in his hands after a week of watching film on the Terriers.

“I honestly didn’t think I’d get the ball that much going into the week,” Horn said. “But after watching film, Coach Mance told me I was going to have a big night and I knew they were planning on throwing me the ball.”

Not just a standout on offense, Horn also mans one of the cornerback spots on a Blue Tornado defense that has remained one of the top units in the area.

The season is just hitting the midpoint, but that doesn’t stop Horn from knowing exactly what he and his senior teammates have planned for their final act.

“With it being my senior year, I just want to play my best football and Good Lord willing, get a state championship,” the Tornado receiver claimed. “I think that’s all of our seniors’ mentality.”

The Blues were back in action against West Virginia power Bluefield on Friday, where Taylor and his teammates fell just short to the Beavers.

As for the award, the always-humble Horn again knew who to thank.

“It feels amazing. It’s just a blessing to even be back. All glory to God,” he said.