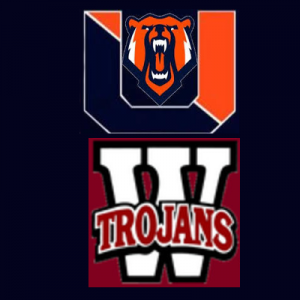 Week six marks an end to the non-conference play for the Union Bears as they travel to take on the Morristown West Trojans. The Bears will try to move their winning streak to two after scoring their first Mountain 7 win last week while West tries to move their record to .500

This will be the first meeting between 2A Union and 6A Morristown West (TN) (In Virginia, the Trojans would be classified as a 4A school) in Morristown. Last year’s meeting was a low-scoring, hard hitting defensive slugfest, with both teams missing their starting quarterbacks. The Bears dominated the box score but only managed one offensive touchdown and needed a goal line stand late in the fourth quarter to preserve the home win.

This year’s contest is the fourth road game in five weeks and the third straight week on the road for the Bears. With the next three games being home games, Union is looking to close their road stand out with a big victory to try and keep pace with Ridgeview. The Trojans are trying to even their record and continue to build momentum for their remaining district slate, which includes two tough road games at Science Hill and Bearden. Those matchups are sandwiched between home district games against Jefferson County and Dobyns-Bennett.

With both teams coming into this game off wins and relatively healthy, this game looks to feature more scoring than last year’s affair. West scored at least 28 points in their two wins and average 17 points per game, a number dragged down by lopsided losses to powerhouses Greeneville and Farragut. Union has averaged 32 points per game coming into the contest but was held to only 14 in their road loss to Ridgeview.

The much larger home squad hopes home field advantage allows them to dictate the pace and play the style of game coach Alvin Sanders prefers. The Trojans starter under center is Zack Young, who was the starter last season when West came to Big Stone Gap and knows what to expect from the Union defense.

On the other side, Bears quarterback Bailey Turner had to watch the game last season from the sideline. Turner, a senior, has road experience and has shown the ability to beat teams down the field to help bolster the running attack.

The Bears and Trojans take the field Friday night at Burke-Toney Stadium in Morristown, Tennessee.