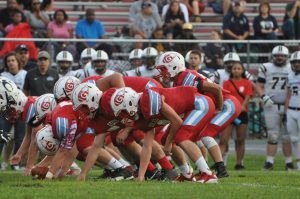 Floyd (1-3) hopes to end their losing streak against Giles (2-2) as they travel to Pearisburg in a Three Rivers District opener.

Coach Winfred Beale enters his 37th season as the Buffaloes head coach. In those 37 seasons, he only has five victories over the Spartans out of thirty meetings. The last time Floyd beat Giles was in 2008. That was a year that the Buffalos were unstoppable until they fell to Gretna in the state championship. 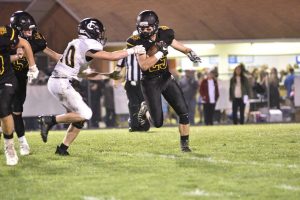 Floyd has three losses this season but all have been within seven points. A heart breaking overtime loss to Christiansburg and fourth quarter losses to Auburn and Fort Chiswell. Leading the Buffalos is senior running back Presley Yates. Yates has 326 yards rushing on the season. His best game was against Patrick County. He rushed for 107 yards in Floyd’s only win thus far.

Leading the defense for the Buffalos is sophomore linebacker Reece Conner. Conner is in the Timesland top 10 for tackles. He has 41.5 total tackles for the season.

Last season, the Buffaloes keyed in on Giles’ powerful tailback Ryan Beidleman. This season, Giles has three running backs that combine for 900 yards thus far. Chaston Ratcliffe has 373 rushing yards on the season. He was the starting tailback for the Spartans before suffering an ankle injury against Graham. Back up tailback Logan Greenway took over for Ratcliffe against Graham and started in last week’s contest against Narrows.  Greenway rushed for 147 yards and had the game winning touchdown against the Green Wave. He has rushed for 315 yards on the season.

Fullback Hunter Williams has 221 rushing yards. He contributed to Giles’ fourth quarter victory last week when he broke off a 56-yard touchdown run to put the Spartans within one point.

Giles leads the series 37-7 with nine straight wins. Kickoff is set for 7:00 at Steven C. Ragsdale Field in Pearisburg.