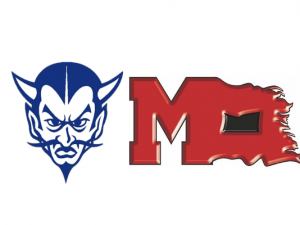 Marion:
Marion (1-2), who is coming off a bye week, had a tough go around in their last outing vs. George Wythe. The Scarlet Hurricane hope to bounce back and have the same luck as last year, when they defeated Grayson County 18-10 at home. Coach Joey Carroll will count on his quarterback Tanner Tate to lead the charge. Tate proved his ability in the ‘Canes thrashing of Northwood in week two by throwing three touchdown passes and rushing for another. Austin Thomas could be called Tate’s favorite target, as he was on the receiving end of two scoring strikes. Easton Medley is their big play threat out of the backfield. Medley rushed for two touchdowns against the Panthers.

Grayson County:
Grayson County comes into this game with revenge on their mind as the Blue Devils wish to avenge their loss from the previous season against Marion. The Blue Devils got out to a red-hot 3-0 start before dropping a decisive decision in Salem last week vs. the Glenvar Highlanders. The Devils hope to get their offense back on track by leaning on Ethan Brown and Jake Hollingsworth. Brown rushed for 132 yards and three touchdowns against Rural Retreat. Hollingsworth was a CoalfieldSports.com Player of the Week nominee in week two after his 247 yards &amp; two touchdown performance against Carroll County. 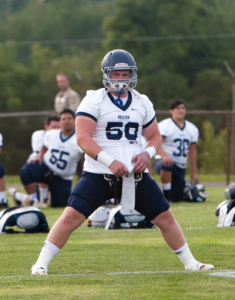