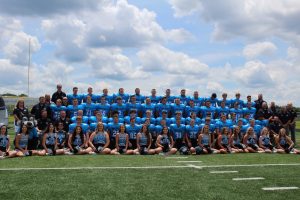 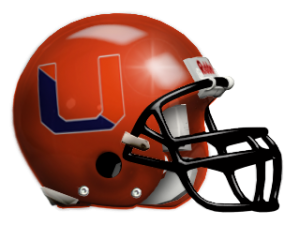 It is being billed as “The Showdown on Rose Ridge.”  It certainly looks to be a matchup of epic proportions when the Union Bears travel  Friday night to take on the Ridgeview Wolfpack.  The Wolfpack seemingly came from nowhere in 2017, developing from a pretender to a contender.  The arrival of Ridgeview to contender status is pointed to last year’s meeting with the Bears where both teams headed into halftime knotted up at 13.  The Bears went on to eventually win that contest 34-19, behind the extraordinary skills of one James Mitchell. However, respect was earned by the Wolfpack football team.  The Pack eventually went on to finish the season with a stellar 9-1 record and advance to the Region 2D Playoffs.

So far in 2018, both squads have unleashed the offensive firepower.  Ridgeview is averaging 50 points a game through the first three contests behind the duo of Trenton Adkins and Matthew Sexton. Adkins broke the 200-yard mark on the ground last Friday night against Wise County Central.  The speedy sophomore finished with 205 yards with two scores and complimented the stellar night with two scores on the receiving end as well.  Quarterback Tyler O’Quin has shown promise in the early portion of the season as well.  O’Quin threw for three touchdowns in the 54-0 trouncing of the Warriors.

Union averages 37 points a contest in their own right behind speedy back Avery Jenkins and the leadership of quarterback Bailey Turner.  The senior quarterback, whose father Travis coaches the Bears, has the football mentality instilled in him and is known for his excellent playmaking skills.  Turner finished last week’s dominating win over Letcher County Central with 162 yards passing with two touchdowns.  Jenkins finished the contest with 79 yards on the ground. 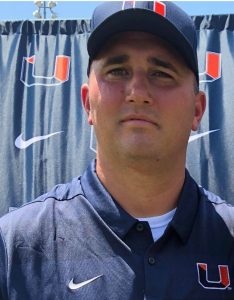 On defense, the Bears are led by Mason Polier.  The CoalfieldSports.com week 2 defensive player of the week has garnered national recognition this season from Yahoo! Sports and other outlets on a scintillating tackle against Richlands.

The Bears are known for their tenacious run defense.  Look for coach Rick Mullins to offer a variety of passing as O’Quin will look to find speedy receivers Jacob Hensley and McKenzie Sproles for long gains.  Union kept Adkins in check a season ago.  Adkins has bulked up considerably in the offseason and looks to have a much improved showing against the Bears defense.

The other intangible appears to be the weather.  With the Mountain Empire football landscape altered with Hurricane Florence looming, a huge crowd is expected on the Ridge on Friday night.  Will the effects of the hurricane arrive before Friday night’s highly anticipated contest?  If so, how will it affect the flow of the game?  Rain or a beautiful starry September evening on the Ridge, come what may.  This is one of the more highly anticipated Southwest Virginia high school football games of the season.  Come out and see if there is indeed a changing of the guard in the Mountain 7 District or if Union is still the cream of the crop.