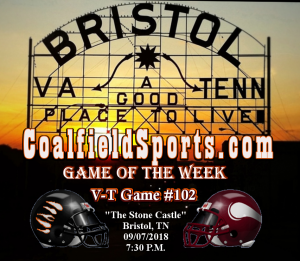 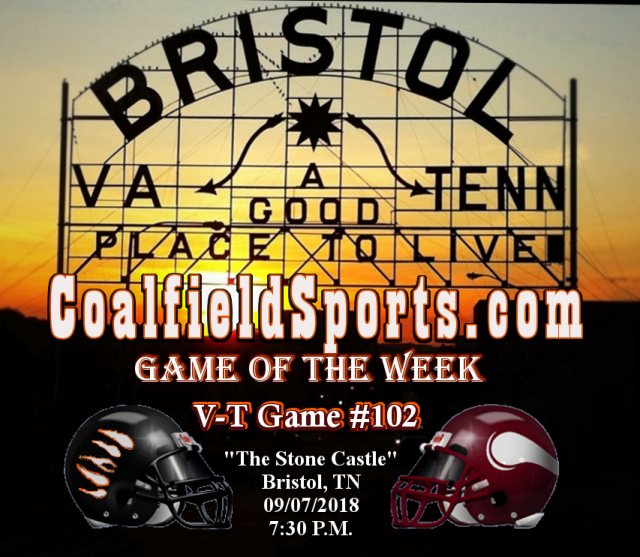 Friday night marks the 102nd meeting all-time between the 2A Virginia High Bearcats and the 5A Tennessee High Vikings, and has been voted CoalfieldSports.com’s “Game of the Week.” The V-T game is one of the oldest high school football rivalries in the country. In 2016, Kirk Herbstreet of ESPN’s College GameDay, mentioned the rivalry during the national broadcast of the pregame show for the “Battle at Bristol” between Tennessee and Virginia Tech.

Even though the rivalry is historically lopsided, with Tennessee High having won over 70 games in the series, you would be hard pressed to find a rivalry with more pride and emotion than the V-T game.

This year’s Vikings (2-1) are off to a fast start, with a surprise win over powerhouse Knox-Central, and a dominating shutout victory over Lee High (VA). The lone loss for the maroon and white, came last week, in controversial fashion, against defending conference champions, Daniel Boone High School from Gray, Tenn.

The Viking defense is anchored by the bruiser, Gibson, whose older brother Christian, was a standout at Tennessee High and is currently playing football at East Tennessee State University.

The Bearcats (2-0) have had some inconsistent play to start the season, but enter the V-T game without a loss for the fourth consecutive year. Virginia High is led by an experienced group of young men, that will look to shock the region and gain the team’s first win against Tennessee High since 2011. The Bearcats will need their leaders, Aaron Rose, Jamie Lathrop, Austin Davidson and Colton Ratcliffe to take their game to the next level. They will also seek the aid of the rest of the talented senior class, including linemen Sean Watkins, Daunte Harris and Jalon Dingus, as well as wide receiver/cornerback Taurean Bizzell. Talented underclassmen such as Michael Bradley, Cooper Gobble and Jean Mulumba will also need to contribute in a big way, for the Bearcats to pull the upset.

Even with the Vikings having a 71-28-2 overall record in the series, one thing is for sure, Tennessee High had better be ready to defend the Stone Castle. This is one group of Bearcats that are not to be overlooked.