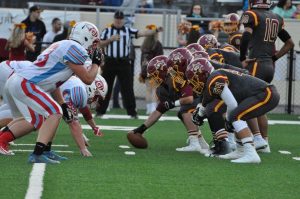 The Spartans (1-1) will host the G-Men (1-1) in a non-district match up at Ragsdale Field. Both Giles and Graham lost their season openers to state contender programs. However, both bounced back in week two and found the win column.

Prior to 2013, the two teams played four times, with the series tied 2-2. Since 2013, the two have played five straight with the Spartans leading the series 3-2. The G-Men have won the last two contests, in which both games came down to the final play.

In last year’s match up, Graham led 21-7 at the half. Giles battled back in the second half and tied the score at 28 before the G-Men went on to win it 35-28 in overtime. Taymon Cooke, who had the game winning catch, led the G-Men to 11 wins in 2017. Cooke is now a member of the Marshall Thundering Herd squad in Huntington.

Despite the loss of Cooke, Graham still has plenty of weapons in the backfield. Senior quarterback Cam Allen, who committed to Purdue, will be the player the watch.  While he can throw the ball well, he is also dangerous with his feet. He is quick and elusive. Allen gives Graham an advantage over many teams the G-Men will meet this season. Through two games, Allen has 285 yards passing and 368 yards rushing along with four rushing touchdowns. 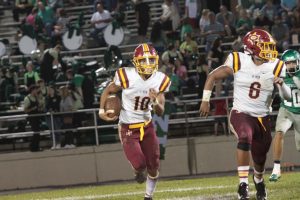 Junior Devin Lester is the go to receiver. Lester has 13 catches for 183 yards and a touchdown.

Alongside Allen is senior running back Jazaire Reed. The senior has 142 yards rushing with two touchdowns through two games.

Sophomore tailback Chaston Ratcliffe will lead the Spartans. Ratcliffe has 240 yards rushing and two touchdowns on the season. He also has one touchdown completion for 57 yards

Kickoff is scheduled for 7:00 p.m. at Ragsdale Field in Pearisburg on Friday.