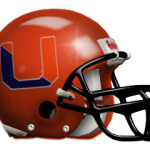 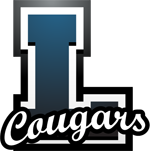 The Union Bears continue their out of conference slate this week as they play host to the visiting Letcher County Cougars. The Bears hope to improve to 3-0 while the Cougars hope to notch their first win of the season in a hostile environment.

The senior signal caller is the straw that stirs the drink for the Cougars.  Sergent, a three year starter, will not be surprised by any of the looks the Bears show. The gunslinger had some success last season against Union. The spread attack used by Letcher County could provide problems for the Union defense.

Jenkins has been the stand out runner for the Bears offense, but this week he will be counted on to slow down the Cougars most talented WR in single coverage. With his elite speed, it will be tough for a receiver to get behind him but one mistake could cost the Bears valuable points.

Letcher County must provide Sergent time to throw. If they lose the battle at the line of scrimmage, it will be tough for the Cougars to sustain drives and score. On defense, the Cougars must slow down the dynamic Union rushing attack and not allow chunk plays.

Union needs to get quick pressure so Sergent is unable to find a rhythm and holes in the Bears’ defense. Union did an excellent job rushing the passer against Richlands a week ago and they will need more of the same this week. Offensively, the Bears need to get an early lead and put pressure on Letcher County to match their output. If Union can get an early lead, they can rely on their power run game to chew up clock and demoralize the Cougar defense.