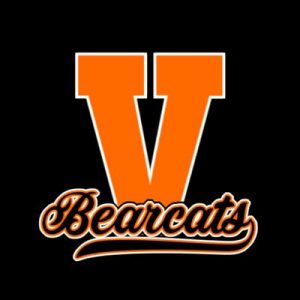 For the 56th consecutive season, the Virginia High Bearcats will play their county rival, the John Battle Trojans, this Friday night at Gene Malcolm Stadium. This will actually be the 57th matchup between the schools, as 2012 saw the teams play in the regular season and again in the playoffs, with Battle winning both games. Since 2000, Virginia High holds a 15-4 record against the Trojans and have a 44-11-1 edge in a series that dates back to 1963.

The 2018 version of this storied rivalry will have just as much, if not more, of the intensity as in years past. There is always more pride on the line in this game than any other on the schedule.

This year’s Trojan team will make the trip across town, led by players such as runningback/linebacker Dylan Cunningham and linemen Isaac Childress, Nathan Tiller, Eddie Rodriguez and Tyler McCloud. The Trojans’ signal-caller, Walker Osborne left last week’s game with Abingdon in the opening minutes due to injury. If Osborne is not ready for Friday night, look for junior Micah Whitt to be under center.

The Bearcats look to start the season at 2-0 for the fourth consecutive year, after winning last week’s game at Tazewell, 37-30. They also look to win their fifth straight game against Battle.

The Bearcats are led by an experienced group of seniors, including the Four Horsemen; Colton Ratcliffe, Austin Davidson, Jamie Lathrop and Aaron Rose. The four were responsible for scoring 31 of the 37 points scored in their Week 1 win. Other impact players from Week 1 for the Bearcats are Michael Bradley, Taurean Bizzell, Jalon Dingus and Cooper Gobble. The Virginia High lines are anchored by a trio of seniors in Travis Williams, Sean Watkins and Daunte Harris.

The Bearcats certainly have the edge in experience. However, as is the case in most rivalry games, stats, records and the like can be thrown out the window.

Don’t forget Bearcat fans, if you can’t make it to the field on game days, you can listen to the games from anywhere on your favorite device on Spreaker.com/bearcatradio