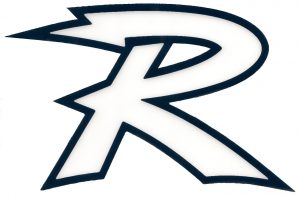 I can remember being a wide-eyed freshman marching into Legion Field in 2004. It was hot and it was unfamiliar.

I had never been to Gate City prior to that night. However, it was a night that changed my opinion on high school football forever.

Fans packed the concrete bleachers. Fans were lined double-file all the way around the fence. It was loud. That train horn will be forever etched in my mind.

When I think about high school football, that memory is a prominent one.

Tonight’s contest has lost some of that luster in the past several years.

A contest that at one time all of the Coalfields kept an eye on, is now just another opening week game.

In two preseason games for each team, there has been a stark contrast.

Gate City opened up with a scrimmage that saw the Devils get pushed around by a George Wythe team that is not quite the dominant entity it once was. They followed that up with a 49-0 loss to a Graham team that will compete for the region title in 2D this season.

Compare that to Richlands, who after an initial hiccup against Abingdon, hung with Kentucky powerhouse Belfry. The Blues followed that up with a 34-0 victory over Grundy, who will make noise in Region 1D this year.

On paper, this game is a mismatch.

That’s why they play the games, right?

For Richlands, the passing attack returns this season with senior Race Moir at quarterback. He has weapons on the outside with 6’5 Jakob Cole and 6’2 Taylor Horn coupled with speedy freshman Sage Webb and Logan Altizer in the slot.

Establishing some push up front and finding a running game will be the areas the Blue Tornado will want to work on tonight.

For Gate City, finding any sort of rhythm on offense against a brand name will be the moral victory that most coaches don’t like to speak about.

Staying healthy is also a key for both teams.

The schedule gets no easier from here for either team.