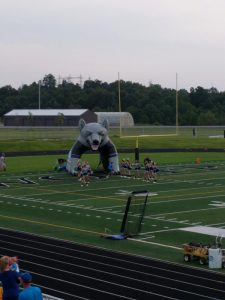 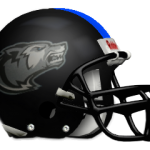 With a bevy of benefit games on the docket this week, perhaps the most anticipated of those will occur Friday night on Rose Ridge. The marquee features the defending 1A state runner up, Chilhowie Warriors and the Ridgeview Wolfpack.

The Wolfpack received much attention in the preseason with a two-headed monster in the backfield with sophomore Trenton Adkins and senior Matthew Sexton.

The Warriors return 20 of their 22 starters on both sides of the ball and are guaranteed to make another run at a 1A state title in 2018.

The Warriors are led on offense by senior quarterback Zack Cale and senior fullback Greg Sanchez.  The senior fullback rushed for 1,710 yards in 2017 as a junior while scoring 29 touchdowns.  It will be interesting to see how  Sanchez fares against the Ridgeview defensive line.  The Wolfpack defensive line dominated Lebanon last Friday in a scrimmage.  Sanchez is more than capable of getting his yards.  Can the Wolfpack defense limit him to three yards or less to force the Warriors to punt?  This will be the key determining factor on the Ridge Friday night.

As much as the Warriors like to ground it out with Sanchez, they have a capable passer and scrambler in the backfield with Cale.  The senior quarterback threw for over 1,000 yards and ran for over 800 more in 2017.  Cale proved to be a great leader with his prowess in leading the Warriors to Salem last year.  Once again, something to watch for will be how the Wolfpack defensive line can pressure Cale when he drops back to throw.  Can the Pack force the Warriors’ QB out of the pocket and force him into poor decisions when throwing the ball?

Something else to be on the lookout for on Friday is how the Pack offense fares against Chilhowie’s defense.  The Warriors defense was stout during the regular season in 2017 before ramping up the pressure in the playoffs.  The Warriors allowed a total of 15 points in their first three playoff games against Castlewood, Hurley and J. I. Burton to capture the Region 1D championship.  The Warriors feature one of the best linebacker duos in all of southwest Virginia in Logan Branson and Jarred Johnson.  Cale and Sanchez are two way players, with Cale at free safety and Sanchez at strong safety.  Can Adkins shred the Warrior defense with his blistering speed?  Will Sexton be able to bust holes through the Chilhowie defensive line as he did against Lebanon a week ago?  Will the Pack offensive line hold their own against the Chilhowie defensive line?

Regardless of Friday night’s outcome, this highly anticipated contest will not count in the won-loss record for either team.  However, it will serve as a measuring stick for next Friday, when the games WILL count.

Chilhowie opens the 2018 season officially on August 24 against Smyth County rival, Marion.  Playing a fellow 2A foe in Ridgeview should help the Warriors as their get ready for their opening night clash.

The Wolfpack open their season the same night at Grundy.  The Golden Wave appear on paper to be the strongest challenge to Chilhowie in repeating as Region D champions in Class 1.  The Warriors serve as a stern test for the Pack. This can only help in getting Ridgeview ready for week 1 when they make the trip to Nelson Memorial Field.

Be sure to arrive early on Friday as the Pack and Warrior JV teams will scrimmage beginning at 5:30 p.m. for a full evening of pad-popping, hard nosed southwest Virginia football.