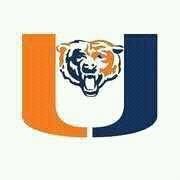 For most teams, losing double digit starters would result in a rebuilding year. The Union Bears have been able to avoid a significant drop off, as the Bears have won at least nine games in each of the past four seasons. During that timeframe, the Bears have compiled a record of 46-7 while only losing one conference game. The 2018 season presents unique challenges for Turner’s Bears. Replacing first team All-State James Mitchell will be paramount, but the offense also must replace both of their running backs in Dakota Owens and Braxton Zirkle, which will also be a difficult task for Turner and the gang. The offensive line looks to fill the gap left by two departures. However, the unit should be a strength for the Bears, as each of the three returning starters got the nod in each of Union’s 14 contests.

The Bears’ offense will look radically different from the unit that took the field during 2017. This is largely due to returning quarterback Bailey Turner, who went down with an ACL injury in the third game of 2017. With Turner’s absence, Union relied on a revolving door of QBs before settling on Mitchell in an offense that resembled a single wing attack. That will change in 2018, as Turner, who was a two year starter going into the 2017 season, has proven his ability to spread the ball around in the aerial attack.

Don’t expect the Bears to totally abandon their power run game, as the experienced offensive line will allow the Bears to maintain a balanced attack on offense. Returning tailback Avery Jenkins has shown elite speed while H-back Mason Polier is a physical runner, who seldom goes down on first contact.

Defensively, the Bears will continue to feature their 3-4/4-3 hybrid to maximize their talent. The coaching staff expects Polier, a standout last season, to wreck havoc on opposing offenses as he moves from defensive end to linebacker. It will be no easy task replacing stars like Kennedy, Lane, Stidham, Qualls and Mitchell, all who were named All-Region or All-State, but the cupboard is far from bare and the staff has high expectations for the Bears’ defense.