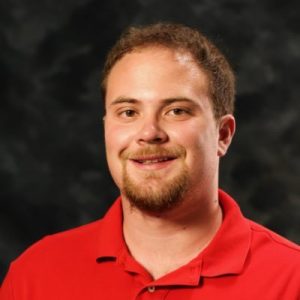 Growing up in southwest Virginia, there are some things people wait for annually.

Bristol race weekend in April and August, when the carnival and the fair come to town, holidays and then, perhaps, what some may argue is the most important.

The beginning of two-a-days in high school football.

I was born and raised in Richlands, where football has never been any less than the king.

No matter what time of year you sit down in the Richlands Barber Shop on the corner of 2nd Street and Elkins Avenue in Richlands, the questions are endless.

“Patrick, what are you hearing about the Blues this year?”

“Do you think Heath Miller was better at baseball?”

“Patrick, how’s Honaker going to be after that quarterback finally graduated?”

“Have y’all ever been to the Cliff over at Hurley? Boys, you are missing out.”

“Who do you think was a better running back, Patrick? Brannon Breeding, Caleb Jennings or Devon Johnson?”

“You guys remember Roby Hale and the Great Wall of Green?”

I personally have heard it all.

There is something about football in these hills. I think the support and love for these teams where the numbers range from 12 to 76 is more powerful than the support in a town that houses a MLB, NBA, NHL and NFL franchise.

From 2010-2013, I strapped it up for Richlands High School 50 times. That does not include the many JV and middle school times that I buckled my pads and pulled a navy jersey with a white Nike swoosh onto my 6-foot-1-inch frame.

I played in many legendary places. Places such as Gate City’s Legion Field, Union’s Bullitt Park, Honaker’s Fuller Field, Giles’ Ragsdale Field and many other places where I wish the bleachers could talk.

Gracefully, we finished 42-8 when I was a king in a small coalfield town.

I played with former NFL and Marshall RB Devon Johnson and all state players such as Josh Hess, Taylor Wade, Will Lowe, Bradley and Reece Strong and the late, great Cody Thomas. Those boys could play.

I played against Shaquille McDonald from Tazewell, Lamont Edwards at Graham, Justin Brown at Virginia High, Brett Whitlow at Giles, Mitchell Ludwig at Abingdon, Jordan Stout and Casey Harman at Honaker. The list of talent is endless.

People treated you as if you had signed a deal that made Michael Vick the first pick in the 2001 NFL Draft.

Many meals I had around town were free. Often met with a point, a wink and a “Good luck on Friday! I’ll be there.”

I have traveled to 14 states, many collegiate sporting events, concerts and honky tonks—but I have yet to experience a feeling and the fun like I had when I was playing football in southwest Virginia.

I am not the only one who would agree with that.

ESPN’s Marty Smith was a part of a Giles Spartans state championship team in 1993 as the single-wing terrorized the Commonwealth. In an interview with WDBJ7’s Mike Stevens after the game, Smith perhaps cried the most sincere and joyful tears I have ever seen. That is how proud he was to bring a state title to his hometown in, as he proclaims now on his Marty Smith’s America weekly podcast, “Middle of Nowhere Virginia.”

But I could about guarantee that Pearisburg’s most famous son would echo my thoughts about the king of SWVA.

I can guarantee that Powell Valley, UVa and NFL legend Thomas Jones agrees with me.

He told me on an episode of the SWVASports Podcast.

He summarized that even after becoming one of a handful of backs to rush for 10,000 yards in the NFL, playing in a Super Bowl, holding the rushing record for most yards in a career at Virginia and ranking amongst the best backs to ever tote the rock in the ACC, that his best and fondest memory was putting on that #6 and going to work for Phil Robbins and the Powell Valley Vikings.

Isn’t that a strong testament to our area?

I grew up with an aspiration of being a Richlands Blue Tornado. I know Brandon Sheets grew up with aspirations of being a Tazewell Bulldog. Cameron Barbetto wanted to be a Twin Valley Panther. The late, great Ben Ratliff was going to be a Honaker Tiger and wear the tiger paw with pride. Ahmad Bradshaw wanted to slap that GStar on the side of his helmet and rock with the Graham G-Men.

It is something everyone had a strong desire to be.

It is a culture that has so many moving parts to make everything so special.

The football team, the cheerleaders, the marching band, the concession stand workers, the parents’ club.

There are a lot of folks who do not get the recognition they deserve. However, they are as much of the reason that these sleepy little towns in the coalfields turn out the lights and head towards the high school.

I worked with Christiansburg and Blacksburg High School football for three of the four years I attended Virginia Tech. The 2016 Blacksburg Bruins state championship run was one of the most special things I have ever been a part of. I can’t put into words how special that run was.

However, I realized how special my home region of football was more so than any other time in my life when I returned to Ernie Hicks Stadium in 2017 as a member of the Blacksburg broadcast team.

I came into Ernie Hicks Stadium with a sign on the scoreboard, welcoming myself, Thad Wells, Brandon Compton and my SWVASports Podcast co-host Ryan Dye back HOME.

AC/DC rang threw the speakers and I felt like I could run through a wall.

In the pregame, Blacksburg play-by-play commentator Mark Fought looked to me in a commercial and asked, “Is it this packed each game? Is this the atmosphere every Friday in the fall?”

I quickly responded with an emphatic, “YES!” The West Virginia University grad was impressed.

When we came back on the air, he did something that I am thankful he did.

I began elaborating on the thrill of a Friday night in SWVA. How you ran out with an important task and joined the home fans who welcomed you with open arms. I became teary eyed when I told the story of how the first person I found was my dad with his fist raised in the air for four years when I ran onto the field.

That is when it clicked. I knew how special that football in the coalfields was. But it took me three years of experiencing it in another part of the Commonwealth to truly understand its value.

Now, before you think I am just a Richlands homer, let me spin this.

I have been to every high school stadium west of Roanoke with the exception of Galax High School.

Each place I have been, there has been a special feeling.

Whether it is hearing Hells Bells in Honaker, train whistles at Gate City and Giles, having had a Tiger Taco in Sandlick watching the Haysi Tigers, seeing Pulaski County walk down the steps in Kenneth J. Dobson Stadium, observing Thomas Walker on a hillside in Ewing, watching the Pocahontas Indians run down the WarPath, watching Abingdon walk through their Falcon Faithful or hearing Union’s fight song 67 times each Friday, there is something to be said about every single tradition in SWVA.

This is so important to us because everyone has a connection.

I graduated from Virginia Tech; none of my first cousins have attended a four-year school. They can’t make that connection with me. They can all make the connection with me about Friday’s at school. Walking down the hallways, they know how important Football Fridays are. However, they may not know how important it is to eat a turkey leg at a Virginia Tech home football game.

What I love about southwest Virginia is it is apart of all of us. No matter where we go.

My favorite example is the 2013 state semifinal bout between Haysi and Galax at Sandlick. Both teams represented our region. That day, I seen people from Honaker, Richlands, Abingdon, Twin Valley, J.I. Burton, Clintwood, John Battle—even the old Ervinton Rebel fans were in attendance to support their brothers from southwest Virginia. It was a true treat to see Virginia Tech running back Steven Peoples go to battle against Haysi’s Jeffrey Bowen and Tristan Yates.

Although in recent years our area has seen significant job loss, population decrease and school consolidation, there is still that same sense of pride that shines as bright as the Coke Ovens in Vansant on a weeknight.

Be proud of that pride. I know I am.

Get out and support these kids. Whether it’s at Thomas Walker, Radford or all the places in between, go out. Hear the stories from the guys who watched Bill Dudley run as fast as a “bullet” at Graham, the story of the night that Lee’s Tyler Graham ran for 490 against Wise Central, the stories about when Council lost every football game they ever played—they are all worth hearing and retelling.

I hope out of this new project we can paint a picture about how important high school athletics are in this region. I hope when you read the material, listen to the SWVA Sports Podcast and check the message board that you get that sense of pride.

11 thoughts on “SWVA: Where high school football is king”